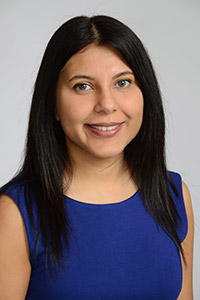 Dr. Amanpreet Badhwar is an Assistant Professor at the University of Montreal, Faculty of Medicine, Department of Pharmacology and Physiology, and a Principal Investigator at the Centre de recherche de l'Institut universitaire de gériatrie de Montréal (CRIUGM). She is a member of the Canadian Consortium on Neurodegeneration in Aging (CCNA). She is also actively engaged in several committees of the International Organization for Human Brain Mapping.

From the undergraduate to postdoctoral level, Dr. Badhwar’s path has been to study neurological disease by combining different data types, starting with small-scale genetics and brain imaging early in her career, and progressively moving to “big data” in Alzheimer’s disease (AD). Dr. Badhwar’s multi-institutional PhD work under the supervision of Professor Edith Hamel at McGill University combined the themes of multimodal research (neuroimaging, proteomics, and measures of neurovascular coupling), to tease apart the contributions of neuronal and cerebrovascular damage on cognitive dysfunction in AD, and the impact of drug treatment on these components.

Another important aspect of Dr. Badhwar’s postdoctoral work was focused on establishing a biomarker roadmap for the Canadian Consortium for Neurodegeneration in Aging, where she and her colleagues proposed an analytic framework for generating multiomics biomarkers from imaging, genomics, metabolomics and other modalities.

Dr. Badhwar has held several prestigious scholarships over the years, and was recently awarded the Chercheur-boursier Junior 1 from the Fonds de recherche du Québec.

Join the team at the Badhwar MIND Lab